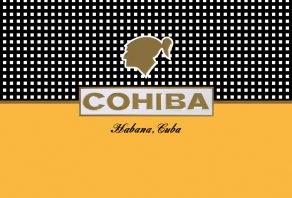 Cohiba is the flagship brand of Habanos S.A. and was originally created in 1966 for the late President of Cuba, Fidel Castro. They were made at the then top secret, but now world famous, El Laguito factory. At first, it was only seen outside Cuba as gifts for heads of state and visiting diplomats and it was not until 1982 that Cohiba was made available in limited quantities to the open market.

The name is an ancient Taino Indian word for the bunches of tobacco leaves that Columbus first saw being smoked by the original inhabitants of Cuba – the earliest known form of the cigar.

The leaves for Cohiba are the “selection of the selection” from the five finest plantations in the San Juan y Martinez and San Luis districts of the Vuelta Abajo zone.

Uniquely amongst Havanas up to three of Cohiba’s filler leaves, the seco, ligero and the rare medio tiempo, undergo an extra fermentation in barrels, which adds smoothness to the blend.

Cohiba encompasses four different ‘Líneas’ or Lines. First there is the Línea Clásica. Six sizes were introduced between 1966 and 1989 and the most recent addition to the range is the Pirámides Extra released in 2012. Then there is the Línea 1492, five sizes of which were launched in 1992 to commemorate the 500th Anniversary of Columbus’s arrival in Cuba. The iconic Siglo VI was added in 2002 and then in 2016 the Medio Siglo was launched to commemorate the brand’s half century. The Línea Maduro 5 consisting of three sizes each wrapped in dark maduro leaves specially aged for five years was launched in 2007. Finally the Línea Behike, whose three sizes made their debut in 2010, was added as the most exclusive line of all. In its filler blend it uses the rare medio tiempo leaf, which is found only amongst some of the top two leaves of sun-grown tobacco plants and brings an exceptional richness to the taste of the cigars.

Through such constant innovation, Cohiba has held its position at the leading edge of the cigar world. It was also the first Havana brand to offer a Reserva cigar in 2002 and a Gran Reserva in 2009 made with tobaccos specially aged for a minimum of three and five years respectively.